IN 2009, China became No. 1 in the world in both automobile production and consumption. Note that this was during the severe contraction in auto markets in developed world, especially in the United States. Nonetheless, this was quite remarkable. 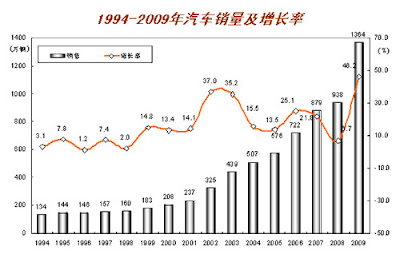 Link to the report in Chinese.
(update on Jan 19) Here is another report from New York Times.