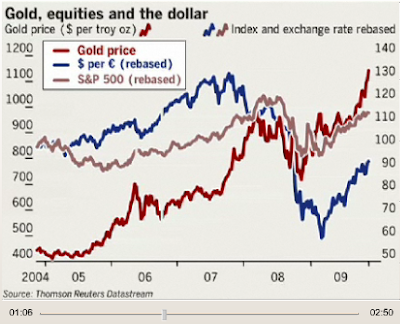 Interview of Nail Ferguson at Harvard: China’s peg to the US dollar makes other export countries’ export more expensive, adding pressure to currency intervention of those countries to support the dollar.

China’s fixing its currency to the dollar also increases speculative activities across borders, leading the one-way bet that China’s Yuan will appreciate in the future.

The first raises chances of trade protectionism; the second increases chance of an overheating Chinese domestic economy (although China has capital control, we know investors can always find their money into China).

But Chinese policy makers won’t allow Yuan to appreciate because it will hurt its export sector and China’s slow adjustment toward domestic consumption will take a while, longer than most thought.