Larry Summers may leave his current post at the end of the year.

What the US needs to achieve in healthcare reform

(click to enlarge; source: Sam Cook at Columbia U)

Denmark spent half of the US does, but achieved the same outcome.  Coverage is just one aspect of the reform, more attention should be paid to how to run the system more efficiently.

David Rosenberg looks at the market direction from its 120-day change.

This bear market rally was so long that surprised every professional investor. Now it’s the time to reckon. 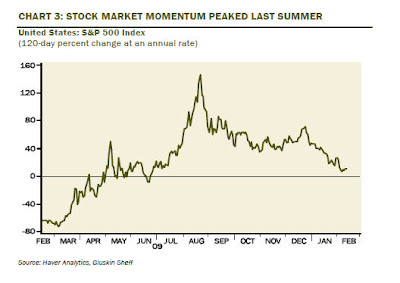 Housing price and migration in the US

The sharp drop in house prices in states like Florida, Neveda sharply slowed down the previous robust migration into America’s sunbelt.

Texas emerged largely unscathed after this crisis and is the biggest winner in terms of net inflow of population. 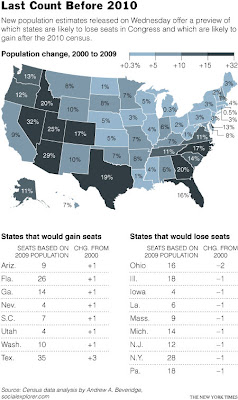 Too tough to save

Mega banks survived because of government bailout and they are believed to be “too big to fail“.
What about smaller regional banks, with heavy investment in CRE? It seems that they are too tough to save.

For the first time in the credit crisis, the government may have run into a problem that is too tough to bail out: commercial real estate.

The Treasury and the Federal Reserve have spent hundreds of billions of dollars shoring up the residential-mortgage market. By comparison, the government’s strategy for dealing with commercial real estate looks slight. And it may have no choice but to step aside and allow an adjustment that could slow the economy and expose banks and bond investors to big losses from the $3.4 trillion outstanding in commercial real-estate debt.

Why is this sector so rescue-resistant? First, helping commercial-mortgage holders doesn’t buy votes the way helping homeowners does. Second, look at where commercial real estate lies in the banking sector. In theory, the Troubled Asset Relief Program, or TARP, should have given banks the capital to absorb loan losses, including those on commercial real-estate debt. TARP injections, along with Fed-run stress tests, helped big banks with more than $100 billion in assets. But those lenders held only 29% of the $1.84 trillion of commercial real-estate debt on bank balance sheets in the second quarter, according to Foresight Analytics.

Yes, smaller banks also tapped TARP, but they weren’t stress-tested in the same way, and thus are less likely to have raised enough equity to deal with commercial real estate. Banks with $1 billion to $10 billion of assets had $450 billion in commercial real-estate exposure in the second quarter, equivalent to more than 330% of Tier 1 capital. For the largest banks, that ratio was 99%, according to Foresight.

Regulators could encourage smaller banks to stock up on capital for a commercial real-estate meltdown. Yet Treasury figures show the number of banks taking TARP capital has dwindled to a trickle.

Regulators appear to be hoping that a partial recovery in commercial real-estate values could reduce the problem. They recently issued guidelines that make it easier to keep underwater loans out of bad-loan tallies, as well as encourage banks to restructure, rather than foreclose on, problem commercial mortgages. Indeed, Foresight estimates that for commercial real-estate bank loans maturing between 2010 and 2014, a 10% rise in values could cut the proportion underwater from 68% to 37%.

But even if prices did rise, banks likely are to want to pare exposure. They have little motivation to refinance commercial real-estate loans.

And investors shouldn’t expect any meaningful revival of the $700 billion market in bonds backed by commercial real-estate loans, even with the Fed providing leverage to buy such securities. While popular during the bubble, these securitizations lack the sort of attributes, like large pools of loans with similar terms, to generate strong demand in saner times, said Joseph Mason of Louisiana State University.

Commercial real estate looks too tough to save. 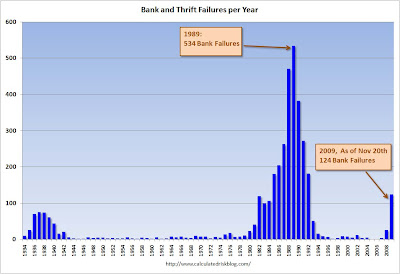 To big to fail?
Moral hazard?
Bailout money flowing to Wall Street?
The solution: break them up! 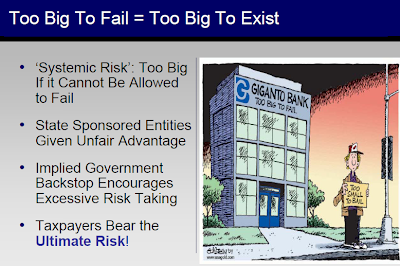