Recession is definitely over…

Jim Hamilton says the recession is definitely over after the recent GDP data. My guess was that the recession ended sometime between June and September in 2009.

WSJ ponders on what impact the criminal charge against Goldman will bring to the firm:

Goldman shares fell 9% Friday on news that federal prosecutors have opened a criminal investigation into whether Goldman, or its employees, committed securities fraud. The probe isn’t surprising, given the allegations laid out several days ago in the Securities and Exchange Commission’s civil lawsuit. But investors now have to contemplate what potential legal outcomes might mean for Goldman.

The best and wholly plausible scenario for Goldman is that the Manhattan U.S. Attorney’s Office doesn’t indict anyone. This could dent the credibility of the SEC case and affirm management’s strategy of responding forcefully to the agency’s allegations. However, it could be a long time before prosecutors’ intentions are known. Investors may have to wait before they can completely discount the nuclear option, the indictment of Goldman as a firm.

Another outcome: Goldman employees, not the firm, get hit with criminal charges. Goldman might feel confident any charged employees will be vindicated, especially since prosecutors lost their case against former employees of Bear Stearns Asset Management. But if legal uncertainties keep pressure on Goldman stock, shareholders, who recently became vocal over compensation at the firm, might become restive.

Investors may then look for a way to accelerate an end to the legal uncertainty and perhaps even push for trading to be de-emphasized. That could raise questions over the future of top-level executives, given that several have trading backgrounds and have tilted Goldman toward that business.

Still, Goldman has been around for over 140 years—and, as savvy traders will tell you, sometimes you have to ride the bumps for things to pay off over time. 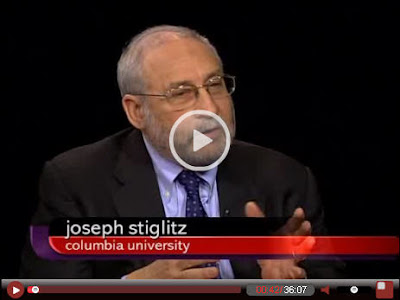 Arvind Subramanian of Peterson Institute argues that weak Yuan acts as export subsidy and import tariff, the US gets to enjoy cheaper imports at Chinese expense, but the ultimate victim of China's currency policy is poorer developing countries.

It Is the Poor Who Pay for the Weak Renminbi

China's exchange rate policy has largely been viewed through the prism of global imbalances. That has had three unfortunate consequences. It has allowed China to deflect attention away from its policy. It has obscured the real victims of this policy. And it has made political resolution of this policy more difficult.

No sooner is China's exchange rate policy criticized for creating global imbalances, and hence contributing to the recent global financial crisis, than the door is opened for China to muddy the intellectual waters. Why single us out, the Chinese say? Why not the other surplus-running countries such as Japan or Germany or the oil exporters? And, in any case, countries on the other side of the imbalance—namely, the large current account deficit-running countries—should carry the greatest responsibility for pursuing irresponsible macroeconomic and regulatory policies that led to "excessive consumption." This debate cannot be settled. But inconclusiveness is just what China needs—and creates—to escape scrutiny of its policies.

The second consequence of the global imbalance perspective is that it has created an opposition between current account deficit and current account surplus countries, which has become a slanging match between the United States and China. But an undervalued exchange rate is above all a protectionist trade policy, because it is the combination of an import tariff and an export subsidy. It follows therefore that the real victims of this policy are other emerging market and developing countries—because they compete more closely with China than the United States and Europe, whose source of comparative advantage is very different from China's. In fact, developing countries face two distinct costs from China's exchange rate policy.

But the more serious and long-term cost is the loss in trade and growth in poorer parts of the world. Dani Rodrik of Harvard University estimates that China's undervaluation has boosted its long-run growth rate by more than 2 percent by allowing greater output of tradable goods, a sector that was the engine of growth and an escape route from underdevelopment for postwar successes such as Japan, South Korea, and Taiwan.

Higher tradable goods production in China results in lower traded goods production elsewhere in the developing world, entailing a growth cost for these countries. Of course, some of these costs may have been alleviated by China's rapid growth and the attendant demand for other countries' goods. But China's large current account surpluses suggest that the alleviation is only partial.

These emerging market victims of China's exchange rate policy have remained silent because China is simply too big and powerful for them to take on. And this despite the fact that disaffected constituencies now encompass not just companies but also central bankers, who have found macroeconomic management constrained by renminbi policy.

Hence the third consequence. By default, it has fallen to the United States to carry the burden of seeking to change renminbi policy. But it cannot succeed because China will not be seen as giving in to pressure from its only rival for superpower status. Only a wider coalition, comprising all countries affected by China's undervalued exchange rate, stands any chance of impressing upon China the consequences of its policy and reminding it of its international responsibilities as a large, systemically important trader.

It is time to move beyond the global imbalance perspective and see China's exchange rate policy for what it is: mercantilist trade policy, whose costs are borne more by countries competing with China—namely other developing and emerging market countries—than by rich countries. The circle of countries taking a stand against China must be widened beyond the United States to ramp up the pressure on it to repudiate its beggar-thy-neighborism. But progress also requires that the silent victims speak up. Emerging market and developing countries must do a "Google" on China.

More than 60 percent of investors surveyed by Bloomberg on Jan. 19 said they viewed China as a bubble, and three in 10 said it posed the greatest downside risk.  Read full report here.

Every recession is different, so is every bubble. Here are some thoughts I wanted to share:

1. China's real estate bubble will burst; government stimulus only delays the day of reckoning, but won't be able to prevent it;

2. The impact will not be great enough to slow down China's long term economic growth. This is because,
a) China has high savings rate, and the household balance sheets are not highly leveraged;
b) China is a developing country — it grows at a much faster pace than developed economies;
c) China's huge population and its demand for urban housing will mitigate the impact.

Following my previous post on Ring of Fire, here is a chart from Economist Magazine that gives you an idea of which countries stand as the riskiest in Europe,  if debt crisis were to hit.

Why did Europe blink?

Why did Europe blink?

The decision by European leaders to offer Greece support, albeit unspecified, likely owed more to fears for the weakened European banking system and its ability to supply credit to a fragile recovery than fraternal concern for a struggling neighbor.

Shares in euro-zone banks slumped as the sovereign-debt crisis unfolded, with Greek banks tumbling more than 50%. Aside from the political imperative for leaders to make a statement, the fear of contagion to the wider euro-zone economy was real.

Falling government-bond prices themselves aren't the biggest problem. Most European banks hold government bonds as available for sale assets, which means mark-to-market losses are recognized through the profit-and-loss account only when they become impaired. And although mark-to-market losses are recorded on the balance sheet as a reserve, it doesn't count under current Basel rules as a deduction against regulatory capital. If governments continue to pay their coupons and the bonds remain eligible for central-bank facilities, then bank capital or liquidity positions should be unaffected.

But there are several channels through which contagion can operate. Rising government-bond yields could push up yields on other assets, triggering mark-to-market losses on trading books. They also could lead to higher bank-funding costs, because bank credit-default swaps tend to track sovereign swaps. At the same time, fiscal tightening could tip economies back into recession, leading to higher bad-debt charges. If gross domestic product fell 1%, loan volumes fell 2%, nonperforming loans increased 5% and bond spreads widened, Credit Suisse estimates the European bank sector's 2010 earnings and return on equity would be nearly halved.

But European leaders likely also had their eye on an even bigger tail risk: That sovereign-debt fears could lead to a collapse in lending to vulnerable countries. The exposure of French banks to Portugal, Ireland, Italy, Greece and Spain is equivalent to 30% of GDP, according to Stephen Jen of Bluegold Capital Management. Irish and Portuguese banks also are heavily exposed to those countries. Austrian banks' exposure to Eastern Europe is equivalent to 54% of GDP. These linkages between banking systems are a potentially potent transmission mechanism, making it hard to put a fence around the Greek sovereign crisis.

No wonder European leaders felt unable to leave Greece to the mercy of the markets. But in offering support, they are merely following a familiar pattern established during the crisis of shifting responsibility for funding the global debt pile from credit markets to the banks, from banks to sovereigns and now from weak sovereigns to stronger ones. Once this transfer is complete, the debt pile really will have nowhere else to go.

No surprise here —the deep connections between bankers, and China's Communist Party members, and their sons and daughters.

To be fair, every system is evolutionary, and it takes time to improve.  But there is no way to guarantee China's financial system will become more transparent.  This does not look good to me.