Never underestimate what human capital and knowledge can do. I am optimistic that in 50 years, human welfare will be at much higher level than what any of us can possibly imagine today.

Thanks to its immigration policy, the U.S. is still leading the pack. 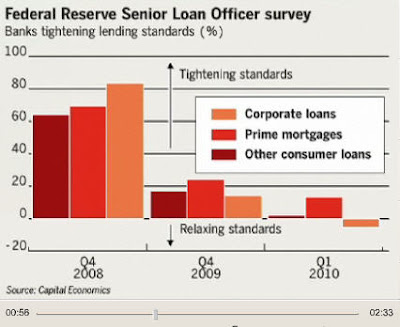 The problem with Euro-zone bond

Why euro-zone bond is a bad idea (from WSJ):

Is a euro-zone bond issue the answer to Greece's problems? Prime Minister George Papandreou unsurprisingly thinks it a good idea. But he and other European leaders shouldn't waste time fantasizing about it. Even if there weren't huge technical, political, economic and legal headaches to solve, a euro-zone bond could cause more problems than it solves at present.

The attraction of a euro-zone bond is that it would provide cheaper funding to countries whose borrowing costs have risen sharply as a result of the crisis: mainly Greece, but also Portugal and Ireland. But any advantages in terms of increased European solidarity are far outweighed by the costs associated by a huge increase in moral hazard.

Issuing a euro-zone bond would remove all incentive for weaker states to take difficult decisions; they would be able to spread the pain to taxpayers in other countries instead. Borrowing costs would likely rise for other euro-zone members, including those viewed by the markets as having maintained relative fiscal solidity, such as Germany, Finland and the Netherlands, ultimately leading to tax hikes or spending cuts.

The euro-zone's "no bail-outs" approach would have been shown to be fatally flawed—and the currency bloc's credibility, already damaged by failures to enforce sanctions against countries breaking the Stability and Growth Pact rules, would be further damaged.

In the longer-term, and in calmer economic waters, a shift to issuing debt at the euro-zone level might make sense—but only if introduced for the right reasons. A common euro-zone debt market could be more liquid than the multitude of national markets, making the euro more attractive as a reserve currency; this is an aspect that benefits U.S. Treasurys, after all. But this would require a radical centralization of political authority, and further changes to European treaties. Given the trauma of the Lisbon treaty process, few would have appetite for it now.