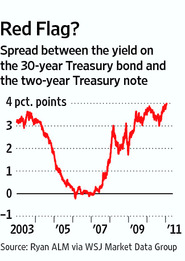 ← Catherine Mann: Fed should give up its job rate target Update on Junk Bond Market →