In all, gold should be a good and rewarding investment in coming years.

Besides its luster, gold is prized for its malleability — and not just by metalworkers.

Gold's shifting identity as safe haven, currency, raw material and adornment draws in all manner of buyers. That complicates judging the gold price's next move. Goldbugs, for example, must wonder why, at about $900 an ounce, it remains 10% below its March peak, despite the subsequent intensification of the global economic crisis. 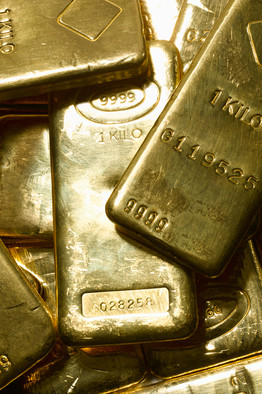 Their disappointment results, in part, from the reluctance of Indian brides to buy gold once it reaches $750 an ounce or more. According to the Bombay Bullion Association, India's gold imports plunged 81% in December. This collapse in jewelry demand has extended world-wide — witness Tiffany & Co's woes. That matters given trinkets have accounted for almost three quarters of gold demand this decade.

Further falls in jewelry demand this year are certainly possible. But investors are the marginal buyers of gold. Jewelry consumption fell from over 3,000 metric tons in 2001 to just over 2,000 metric tons in 2008, according to HSBC analysts. Yet rising demand from investors, particularly in exchange traded funds, offset half that decline. Along with reduced mining output, that underpinned the price rally.

How investment demand holds up will determine how brightly gold shines over the next couple of years. In particular, retail demand — individuals buying gold ETFs, bars, wafers and coins — is the swing factor. Institutional speculators in the gold futures market have retreated since last summer, as hedge funds have imploded.

Individuals, however, have a renewed taste for bling. UBS analysts report an acceleration of inflows into gold ETFs in recent weeks, as well as strong demand for physical gold — unusual given the rally in the US dollar since mid-December.

Can it be maintained? The key, reckons UBS metals strategist John Reade, is whether gold switches from being a "small minority" investment to merely a "minority" investment. The eight gold ETFs he tracks are worth, collectively, around $36 billion — roughly 1% of the savings in U.S. money market funds.

A relatively small shift in the percentage of their portfolios that investors tuck away in gold would keep the price elevated. While inherently uncertain, there are valid reasons to expect such an outcome. Dislocation in equities and other traditional investments should encourage diversification — perhaps even in India, given the collapse in the Sensex and the scandal at Satyam Computer Services Ltd.

Investors may also finally question the merits of piling into US Treasurys as a safe haven: Why lower Washington's borrowing costs even as it spews out ever more paper? Quantitative easing necessarily raises the specter of deflation, which is bad for gold prices. Equally, however, it speaks to general currency mayhem and increased risk of a longer-term inflationary overshoot — both good for gold.

← Long recession and anemic recovery TED spread has come down →