Home » Uncategorized » Winning portfolio in the face of inflation-deflation uncertainty

Winning portfolio in the face of inflation-deflation uncertainty

How to build a portfolio that are both inflation and deflation proof (from WSJ):

Even the experts can't agree whether rising or falling prices lie in our future.

That leaves investors in a quandary: how to construct a portfolio at a time of great uncertainty. A wrong bet could be devastating. If your portfolio is built for deflation, for example, your assets will slump if the country instead experiences a bout of inflation.

The answer is to prepare for the economic scenario you think is most likely, and then build in some insurance in case you are wrong.

"If you want to win the war," says Rich Rosso, a financial consultant at Charles Schwab, "you have to own both sides of the fight to some degree."

Such an approach necessarily means some investments will suffer no matter how the economy turns. That is OK: Buying insurance doesn't mean you actually want to use it.

Here are three portfolios, each with built-in insurance. The first will do best in an inflationary period but won't be crushed if deflation instead rules the day. The second is for investors who fear deflation, but want some protection against potential inflation — even if it is down the road. And the third is aimed at investors who believe the economy will muddle through without severe inflation or deflation.

If you believe all the government spending in response to the financial crisis will ultimately beget inflation, you want a portfolio that thrives in a period of surging prices. 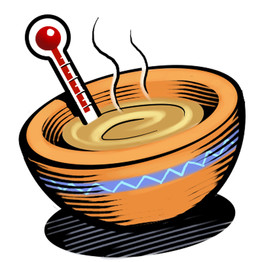 Commodities are the primary play, because everything from oil and corn to copper and pork bellies should gain. Plus, commodities — particularly gold — hedge against the dollar, offering a 2-for-1 benefit if a weak dollar accompanies inflation, as some expect.

Since commodities contracts can be a hassle for individual investors, consider a fund such as Pimco's CommodityRealReturn Strategy Fund, which offers exposure to a broad swath of industrial and agricultural commodities.

Though it seems counterintuitive, cash can do pretty well, too. The Federal Reserve would likely fight rising inflation by pushing up short-term interest rates, allowing investors with cash to capture the escalating rates through short-term certificates of deposit and money-market accounts.

Treasury inflation-protected securities, or TIPS, are an obvious investment since their principal adjusts upward along with inflation. TIPS exposure is available through mutual funds, such as the Vanguard Inflation-Protected Securities Fund, though Steven Fox, director of forecasting at Russell Investments, notes that holding individual bonds to maturity is more effective as an inflation hedge since "the majority of the inflation protection comes when the inflated principal is repaid." Individual TIPS are available through brokerage firms or TreasuryDirect.gov.

Sharp inflation is generally a negative for stocks, because rising interest rates potentially pinch corporate profits and undermine economic growth. But a few stocks will likely do fine. Start with energy and metals stocks because higher prices for their commodities will boost earnings, says Mark Kiesel, a managing director at Pacific Investment Management Co., or Pimco. Include as well U.S. firms with pricing power, such as regulated utilities, domestic pipeline companies and manufacturers of specialty materials. Examples of companies to consider: miners such as Freeport-McMoRan Copper & Gold and energy giant Exxon Mobil, or companies indirectly tied to commodity prices, such as driller Diamond Offshore Drilling, farm-equipment company Deere and seed supplier Monsanto.

Both will likely soar in value amid deflation because their long period of fixed payments would be an attractive source of income as prices for goods and services broadly fall, and as paychecks shrink. And Treasurys, in particular, would likely become a haven for foreign investors, further pushing up their price. 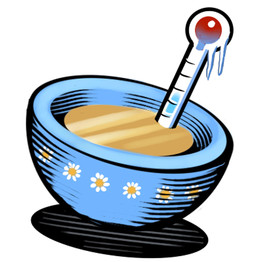 Portfolio preparation is easier for deflationists: Put a chunk of money into long-term Treasury bonds and much of the rest into cash and some municipal bonds.

If broad-based deflation materializes, long-term Treasurys are likely to surge. The bonds' fixed-income stream, meanwhile, would be worth increasingly more relative to falling consumer prices.

Round out your deflation portfolio with a big slug of cash. Though it won't generate much of a return in a low-rate, deflationary environment, cash in the bank will gain value as prices fall.

Insurance Component: Commodities react most drastically to surprise inflation, so they should be part of your insurance. Add in TIPS, too, and stocks geared "toward consumer-staple companies," says Ibbotson's Mr. Gambera. If inflation arises, companies such Coca-Cola, tobacco giant Altria, and toothpaste maker Colgate-Palmolive will have some pricing power. 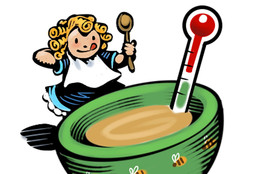 Maybe, just maybe, world bankers will get this right, and the economy will experience neither severe inflation nor severe deflation.

"We think most likely the central banks of the world will get this close enough to right that we will settle in close" to a relatively benign inflation rate of between 1.5% and 2.5%, says Aaron Gurwitz, head of global investment strategy at Barclays Wealth.

In such a "Goldilocks" scenario — where the economy is neither too hot nor too cold — "risky assets would do best, so equities and bonds with some equity characteristics should receive the emphasis," says Scott Wolle, portfolio manager of the AIM Balanced-Risk Allocation Fund.

For the bond component, pick a fund such as the Fidelity Total Bond fund that largely owns high-grade, intermediate-term corporate bonds and mortgages, along with government and agency debt.

Insurance Component: Just in case the Goldilocks scenario is wrong, you will need insurance against either inflation or deflation. Pick up inflation protection through a commodity ETF, and deflation protection with long-term Treasurys. Cash also is OK in either situation.