The problems of bank nationalization

Bank nationalization may stop the bank run, but it poses two fundamental questions: 1) Is government efficient and competent than private sector to run the financial system? 2) If the government grabs more and more of the economy, how will it impact the economic dynamism (Ed. Phelps’ words) and entrepreneur spirit that makes America so great?

Still I would prefer the bad-bank-good-bank rescue model, i.e., strip off all bad assets from bank’s balance sheet, let them have a fresh start and get lending going; meanwhile, government sets up a special entity to safe-keep these bad assets — with market confidence coming back in coming months, and when housing prices stop falling, the prices of these bad assets will come back. Remember a lot of these bad assets are long-term mortgage related securities and you don’t want to fire sell those assets during market panic. Government may eventually make money out of this.

The bottom line is: government should stop acting in ad hoc fashion. What is needed is a comprehensive and swift plan to get banks, the vital part of the modern economy, back on track.

Drastic solutions always appeal in times of crisis. Witness the growing number of calls for the government to nationalize banks.

Indeed, the recent bank-stock massacre was prompted in part by fears the Obama administration may nationalize part of the financial system.

Granted, nationalization — the government seizing banks and restructuring them — may be the best solution for certain lenders. But used for large parts of the banking system, nationalization carries its own problems. 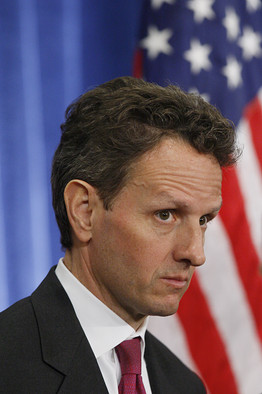 First, there is cost. Governments typically take big losses when they seize banks. To unload assets quickly, they have to sell at fire-sale prices. That can create yet more mark-to-market losses at other banks.

Nationalization could be cheaper if it forced losses on the seized bank’s creditors. But that is high-risk. And the U.S. has made it difficult by guaranteeing tranches of bank debt. Creditors were made whole in the Swedish bank nationalization — often cited as a model for the U.S.

Then there is the problem of finding competent people to run seized institutions. With so many executives tarnished by the crisis, there isn’t a long list of seasoned candidates ready to step into the financial storm.

Nationalization also can cause market distortions. The longer banks remain in government hands, the more likely they will be used to further government policies, such as keeping people in homes. That could make them harder to reprivatize.

Propping up a bank with more equity until the economy recovers looks cheaper, at least short term, and easier. Some might respond that such an approach hasn’t cleared the instability hanging over markets and the economy. Take Citigroup. Its stock slump suggests the market believes it isn’t viable — even after two government capital injections and a generous loss-sharing agreement. Rather than leave Citi in limbo, why not assume active control and speed up repairs, pro-nationalization people ask.

Recent government actions, like the seizure of Washington Mutual, came after their stock prices flamed out. But policy makers shouldn’t assume a stricken stock price means a bank can’t make it. Banks can simultaneously have adequate capital and low stock prices, particularly given the government funding guarantees they enjoy. If that is the case, regulators should make it clear for healthy banks under pressure.

Of course, if banks lose large amounts of deposits or access to credit, they need to be seized. And they must still build up more conservative measures of capital like tangible common equity. If that requires a big check from the government, de-facto nationalization might be unavoidable.

But even though the idea of mass bank seizures has a strong emotional appeal — punish those who got us into this mess — it provides no easy solution.