Academic economists gather in Atlanta this weekend for their annual meetings, always held the first weekend after New Year's Day. That's not only because it coincides with holidays at most universities. A post-holiday lull in business travel also puts hotel rates near the lowest point of the year.

The economists make cities bid against each other to hold their convention, and don't care so much about beaches, golf courses or other frills. It's like buying a car, explains the American Economic Association's secretary-treasurer, John Siegfried, an economist at Vanderbilt University.

"When my wife buys a car, she seems to care what color it is," he says. "I always tell her, don't care about the color." He initially wanted a gray 2007 Mercury Grand Marquis, but a black one cost about $100 less. He got black.

Some of the world's most famous economists were famously frugal. After a dinner thrown by the British economic giant John Maynard Keynes, writer Virginia Woolf complained that the guests had to pick "the bones of Maynard's grouse of which there were three to eleven people." Milton Friedman, the late Nobel laureate, routinely returned reporters' calls collect.

Children of economists recall how tightfisted their parents were. Lauren Weber, author of a recent book titled, "In Cheap We Trust," says her economist father kept the thermostat so low that her mother threatened at one point to take the family to a motel. "My father gave in because it would have been more expensive," she says.

"Where do I begin?" says Marisa Kasriel when asked about the lengths to which her father, Northern Trust Co. economist Paul Kasriel, will go to save a buck: private-label groceries, off-brand tennis shoes and his 1995 Subaru, with a piece of electrical tape covering the "check engine" light.

Mr. Kasriel says he buys off-brand shoes "so that my lovely children could have Nikes."

David Colander, an economist at Middlebury College in Vermont, says his wife — his first one, that is — was miffed when he went shopping for the cheapest diamond. Economist Robert Gordon, of Northwestern University, says he drives out of his way to go to a grocery store where prices are cheaper than at the nearby Whole Foods, even though it takes him an extra half hour to save no more than $5.

Mr. Gordon, however, is no ascetic. He, his wife and their two dogs live in a 11,000-square-foot, 21-room 1889 mansion on the largest residential lot in Evanston, Ill., outside Chicago.

"The house is full, every room is furnished, there are 72 oriental rugs and vast collections of oriental art, 1930s art deco Czech perfume bottles and other nice stuff," he says.

Some economists may be cheap, at least by the standards of other people, because of their training or a fascination with money and choices that drives them to the field.

In recent research, University of Washington economists Yoram Bauman and Elaina Rose found that economics majors were less likely to donate money to charity than students who majored in other fields. After majors in other fields took an introductory economics course, their propensity to give also fell.

"The economics students seem to be born guilty, and the other students seem to lose their innocence when they take an economics class," says Mr. Bauman, who has a stand-up comedy act he'll be doing at the economists' Atlanta conference Sunday night. Among his one-liners: "You might be an economist if you refuse to sell your children because they might be worth more later."

Economists long have studied "free riders," the sort of people who take more than their fair share of something when circumstances permit. Think of the person who orders the most expensive entr[eacute]e at a restaurant, knowing that the check will be shared equally among companions.

University of Wisconsin sociologists Gerald Marwell and Ruth Ames, in a 1981 paper, found that in experiments, economics students showed a much higher propensity to free ride than other students. In questioning after the experiment, the sociologists found that for many of the economics students, the concept of investing fairly "was somewhat alien."

Cornell University economist Robert Frank, working with a pair of psychologists, mailed questionnaires to college professors asking them to report the annual amount they gave to charity. Their 1993 paper reported that 9.1% of the economists gave no money at all — more than twice as many holdouts as in any other field.

The professors also ran an experiment in which participating Cornell undergraduate students could get a higher payoff if they agreed to have their partner get less. Economics majors were more likely to go for the higher payoff, they found.

Some dispute the notion that economists tend to be skinflints. "They aren't cheap," but they are concerned with a loss of economic efficiency, says Betsey Stevenson, an economist at the University of Pennsylvania's Wharton School. "That means that they often fail to do the nice little social gifts that seem wasteful to economists."

And the principles that can make economists seem cheap sometimes lead them to hire help, because they are taught to value their own time.

Ms. Stevenson and Justin Wolfers, also of the Wharton School, gave a friend $150 to hire movers instead of helping him themselves. Harvard University economist David Laibson pays to have a driver pick up his sister from the airport rather than driving himself.

Stanford University economist Robert Hall, incoming president of the American Economic Association, values his time so highly that his wife, economist Susan Woodward, occasionally puts her foot down. "Bob doesn't see why we can't just hire people to trim the Christmas tree," she says. "I tell him that's not what it's supposed to be about."

Given their understanding of the odds of gambling, economists seldom frequent casinos, which is one reason the meeting isn't held in Las Vegas. A decade ago, a hotel sales representative showed Mr. Siegfried a chart showing how little economists gambled compared to other people, he says.

The American Economic Association meetings, however, have been held in New Orleans, which has a few casinos.

One year, Yale University economist Robert Shiller, who'd never gambled in his life, found himself at a casino there. He says that was because Wharton economist Jeremy Siegel realized that by using coupons offered to conventioneers, they could take opposing bets at the craps table with a 35 out of 36 chance of winning $12.50 each. Over two nights, Mr. Shiller netted $87.50.

He hasn't gambled since.

Write to Justin Lahart at justin.lahart@wsj.com 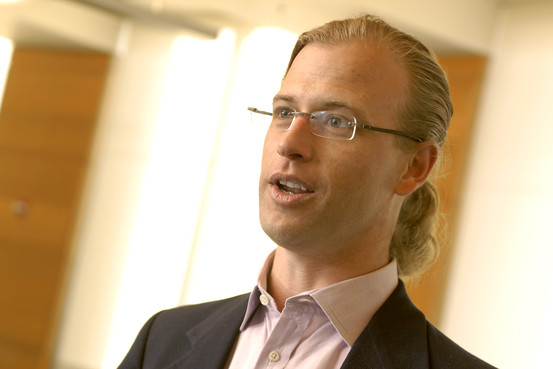