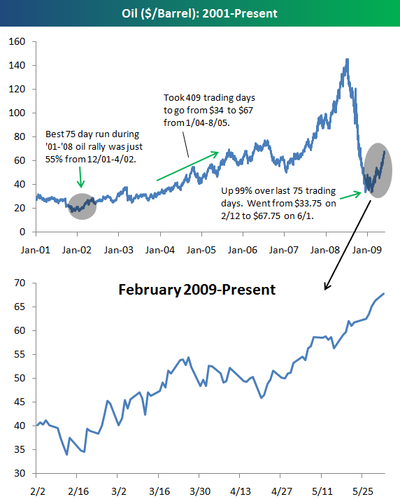 WSJ compares the similarities and differences between the current oil runup and the spike in 2008.

The rapid rise in the price of crude-oil futures, which touched $70 on Friday, is sparking fears of a repeat of last year’s energy rollercoaster.

Crude oil futures on the New York Mercantile Exchange on Friday hit $70.32 before closing down 37 cents at $68.44. Prices remain well below what they were a year ago, when oil was selling for more than $125 a barrel, but the climb in recent months has been even steeper than last year’s.

← What China has become Can banks grow without removing toxic assets? →