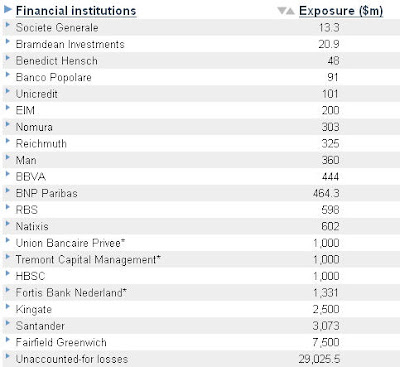 Citadel under siege: is it over?

>How was it hit by Lehman tsunami;
>How its stat. arb strategies faltered due to SEC’s short ban;
>How its strategy of buying investment grade bond hedged with credit default swap failed to work;
>Was Citadel asking for a government bailout? And how Citadel killed the rumor that almost killed the company.

Data for November underscore the severity of the downturn. In November, Chinese crude steel output fell 12.4% from a year earlier, to 35.2 million metric tons. Finished steel was down 11% in November.

Dragged down by this decline as well as drops in other businesses such as chemicals, China's overall industrial production in November rose only 5.4% from a year earlier, compared with an 8.2% gain in October. The latest figure marks the lowest growth rate for a month excluding Chinese New Year since China started keeping such statistics in 1994.

The downturn in demand for metals, which need huge amounts of energy to produce, is being felt throughout the Chinese economy. For instance, electricity output dropped 9.6% in November from a year earlier; in October, the decline from October 2007 was just 4.0%.