THE DEEPENING ECONOMIC downturn has been hard on a lot of people, but it has been hard in a particular way for economists. For most of us, pain and apprehension have been mixed with a sense of grim amazement at the complexity of what has unfolded: the dense, invisible lattice connecting house prices to insurance companies to job losses to car sales, the inscrutability of the financial instruments that helped to spread the poison, the sense that the ratings agencies and regulatory bodies were overmatched by events, the wild gyrations of the stock market in the past few months. It's hard enough to understand what's happening, and it seems absurd to think we could have seen it coming beforehand. The vast majority of us, after all, are not experts.

But academic economists are. And with very few exceptions, they did not predict the crisis, either. Some warned of a housing bubble, but almost none foresaw the resulting cataclysm. An entire field of experts dedicated to studying the behavior of markets failed to anticipate what may prove to be the biggest economic collapse of our lifetime. And, now that we're in the middle of it, many frankly admit that they're not sure how to prevent things from getting worse.

As a result, there's a sense among some economists that, as they try to figure out how to fix the economy, they are also trying to fix their own profession. The discussion has played out in blog posts and opinion pieces, in congressional testimony and at conferences and in working papers. A field that has increasingly been defined, at least in the public eye, by quirky studies explaining the economics of our everyday lives – most famously in the best-selling book "Freakonomics" – has turned decisively, in the last couple months, to more traditional economic turf. And at economics powerhouses like Harvard, MIT, and the University of Chicago, faculty lunch discussions that once might have centered on theoretical questions and the finer points of Bayesian analysis are now given over to dissecting bailout plans. Long-held ideas – about the stability of the business cycle, the resilience of markets, and the power of monetary policy – are being challenged.

Great Inflation and its Aftermath

Robert Samuelson, author of “Great Inflation and its Aftermath”, talks about how we got hyperinflation in 1970s, and how low low inflation since mid 1980s contributed to our longest economic boom and market boom. It’s a very good review of economic history.

Listen to this interview here.

I have two lines of thoughts:

1. Smart people don’t necessarily bring about smart economic policies, as mentioned by Bob in the interview. Keynesianism and big government spending dominated policy thinking in 1960s, and this was designed by a group of Nobel-winning economists. Today, we have similar situation. I hope smart people this time got it right.

2. Recently I was often wondering whether the Great Moderation is a good thing or not. It’s good because it brings down inflation expectations and gives us much needed price stability; it’s not so good because people since then had become so complacent about risk — everything was levered up: banks, consumer debt and housing market. And now comes the deepest and the longest recession since 1930s. Maybe, policy shouldn’t be so successful all at once and frequent small ‘fire’ is needed to keep people in alert.

The economics of college enrollment

Larry Meyer, former Fed governor, founder of Macroeconomic Advisers, which provides the only monthly US GDP series, talks about the outlook of the economy. 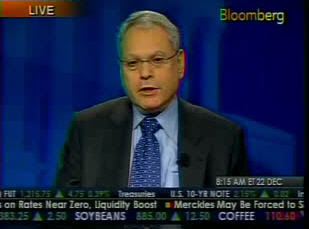 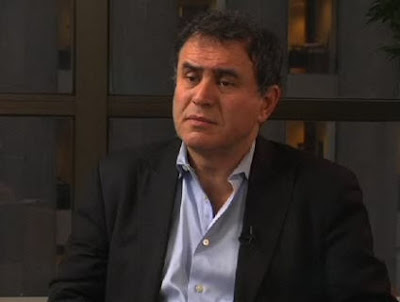