A new era of thrift

Call it the new frugality. Americans are spending less and saving more. Is this a temporary move and a generational change? It is believed that the great expansion of consumer credit since early 80s will not come back and personal saving rate will have to go back to the pre-boom level, averaged at 10%. To remind you the personal saving rate was negative a few years ago.

Let’s first look at the history of personal saving rate in the US: 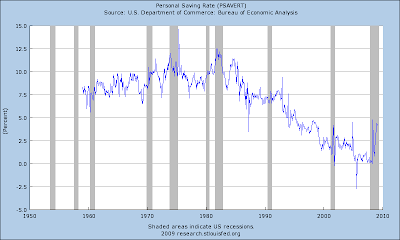 Then here is a graph of consumption as percentage of GDP over the years: 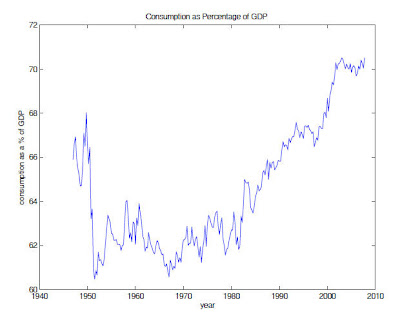 Finally, listen to this intelligent discussion on the New Shrift in America from On Points.