Jason Zweig of WSJ warns the leveraged ETFs are not exactly as advertised:

Alcohol ads urge us to “drink responsibly.” Cigarette packs are emblazoned with the surgeon general’s warnings about cancer. And the firms that sell leveraged exchange-traded funds keep begging individual investors not to buy the things because they are meant only for short-term trading and can have erratic long-term returns.

Nonetheless, roughly 13,000 people are killed in alcohol-related crashes each year, over 33 million Americans smoke at least once a day — and more than $2 billion has poured into leveraged ETFs so far this year, much of it from financial advisers and retail investors who hang on too long.

ETFs are funds that trade during the day like stocks. A leveraged ETF seeks to use futures and other derivatives to multiply the daily return of a market index. Some, called “ultra,” “2X” or “3X bull,” attempt to double or triple the market’s return each day. Others try to double or triple the opposite of an index’s return; on a day when the market goes down, these “ultra-short,” “inverse 2X” or “3X bear” funds should go up two or three times as much.

On Thursday, the Standard & Poor’s 500-stock index dropped 1.6%. ProShares UltraShort S&P500, which tries to deliver twice the inverse of the index’s daily return, went up 3.2% — right on target. 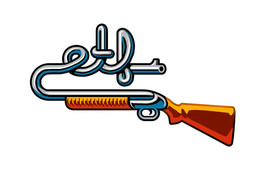 So why bother with a boring index fund when you could double or triple your money by using a leveraged ETF? And why helplessly watch your stocks wither away when an inverse leveraged fund could let you mint money in a falling market?

There are 106 such funds with $46 billion in assets, much of it “hot money” that flies right back out. On Wednesday, trading volume for Direxion Financial Bear 3X totaled 23.1 million shares on only two million shares outstanding — implying an average holding period of less than 34 minutes.

Leveraged ETFs are perfectly suited to such itchy-fingered traders, who can obsessively adjust their holdings to maintain a targeted level of exposure.

But even some “financial advisers,” who run ordinary investors’ money, hang onto leveraged ETFs the way a sharpshooter clings to a favorite rifle. And if you don’t understand how these funds work, you could take a bullet yourself. Their returns are predictable relative to the index only if you own them for one day or less. Over longer periods, say a week or more, these funds can wander wildly away from the underlying index.

When a market is trending in the same direction, a leveraged ETF can race ahead as it adjusts its leverage to its rising assets, jacking up its exposure to the market’s next move. Last Nov. 4 through Nov. 20, the Russell 1000 index of large stocks kept falling until it lost 25.6%. In response, Direxion Large Cap Bear 3X, an inverse fund, went up even more than its triple target; it rose 109.2%, four times as much as the Russell went down.

What happens when a market doesn’t take a straight path? Let’s say you were bearish on China and invested $10,000 in ProShares UltraShort FTSE/Xinhua China 25 on Oct. 9, 2008. Each day the Chinese market went down, this double-reverse fund went up twice as much. It also fell twice as much on any day when China rose.

These swings make it hard for a leveraged fund to match its targeted return in the long run; each loss requires a bigger gain just to get back to break-even. As the Chinese market heaved up and down over the next nine tumultuous trading days, $10,000 invested in Chinese stocks would have dropped to less than $9,200, a cumulative loss of 8%. Did the ultra-short fund deliver twice the opposite, or a 16% gain? No: According to data from Morningstar, it shriveled to $7,838, a 21.6% loss. So much for longer-term hedging.

Still, many financial advisers believe these funds are a good long-term hedge against falling markets. At a recent conference, roughly 50 financial advisers besieged Matthew Hougan, editor of IndexUniverse.com, a financial Web site, asking him to explain how leveraged ETFs work. Some “are starting to understand,” says Mr. Hougan, “but there is still a huge contingent out there who don’t.”

Like an amen corner, the leveraged ETF firms all say they keep trying to scare off long-term investors. The funds “are not a buy-and-hold vehicle,” warns Michael Sapir, chairman of ProShare Advisors. “These products are designed for trading use, not to be hedging tools,” insists Carl Resnick, vice president at Rydex Investments. Holding a leveraged ETF for longer than a day, says Andy O’Rourke, marketing chief at Direxion Funds, is “like using a toaster to cook a turkey.”

The bottom line: Leveraged ETFs are for day traders. You can’t manage long-term risk with a short-term tool — especially not with one that can blow up in your face.