Now unemployment rate reached 8.1%. If you compare my earlier post in January, it’s almost certain that the job losses in current recession will surpass the 1981-83 recession. We’re in an uncharted territory, double digit jobless rate is not out of question. 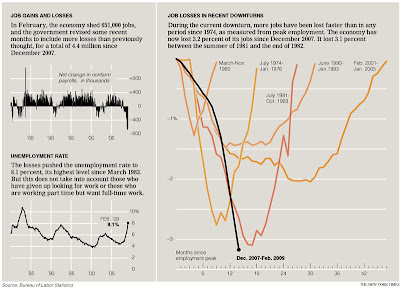 And job cuts quickly spread to other sectors, beyond financials. 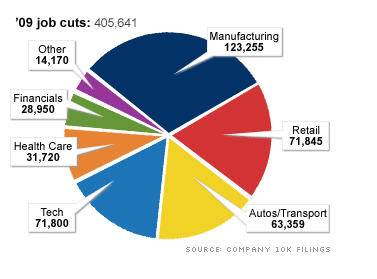 Also, Jan Hatzius, Chief US economist at Goldman Sachs analyzes the unemployment report and his outlook of the economy.