China is in a Dollar Trap. A sudden dump of US dollar is out of question. It will hurt the US, China and the world economy. But it does not mean China cannot gradually diversify away from the US dollar. The recent data shows China just doubled its gold reserves from 600 tonnes to 1054 tonnes. China now became the 7th largest holder of gold in the world, surpassing Switzerland and Japan. 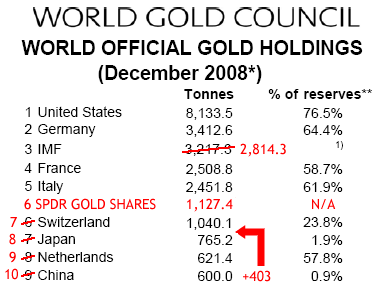 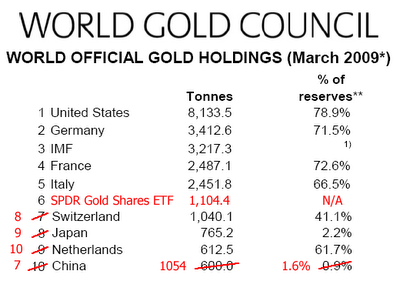 ← UK: the sick man once again? Whitney on current state of banking →